A milestone for Esteem was reached last week – with the final workshop for one of our first Construction Site Supervisor Modern Apprenticeship programmes! It was a bit of an emotional farewell to our candidates as we won’t be seeing them again on this programme.

We had candidates come from all over the lowlands and uplands to our workshops and they gave us some terrific feedback on the programme, about how much they feel they have developed themselves and honed their skills  – as well as learning lots from others on the programme.

Our first ever Modern Apprenticeship completer  was Ross Downie from Crannog Construction.  Ross worked his socks off to get his SVQ completed on time and it gave us our first opportunity of signing off our first completed MA SVQ – Congratulations Ross!

To mark the close of the programme with a BANG – we got all the candidates involved in a group game of Rollerball! You might have seen a blog post before about Rollerball – but to give you an idea of what it entails, the candidates divide into groups and have a specific job brief to build a paper bridge for a ball to roll over (hence, rollerball!).  Its always a laugh and being able to see the game in action was terrific fun for the Steemies who attended too! 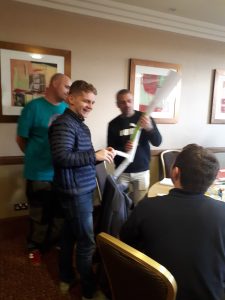 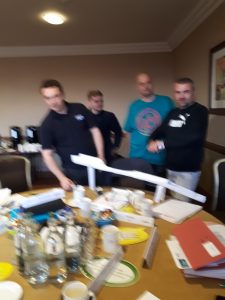 A good time was had by all and we wish our candidates the best of luck in completing their Modern Apprenticeships!