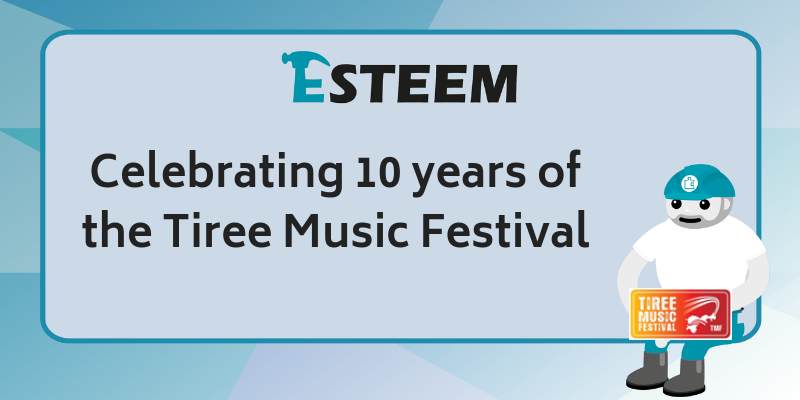 Every year the beautiful island of Tiree puts on a music festival. It is a brilliant event which attracts thousands of people. Andy and Trudy have been involved with the festival since the beginning – Andy playing with his band Trail West and Trudy being part of the Management Team responsible for registration and the campsite.

There were many things to celebrate at this years festival. Everything went to plan. The weather was the best it has been for many years (lots of red noses but no soggy socks). It was also the festivals 10th anniversary. A brilliant milestone.

Karen and Cheryl also attended the festival enjoying the music and everything else which was going on. Even one of our clients – George Leslie, made an appearance as they very kindly sponsored the event due to working in Tiree this summer.

The rest of the team were a little jealous but we were thrilled to hear that the festival went well and the sun was shining… Maybe next year we will have our team day there. Here’s hoping!