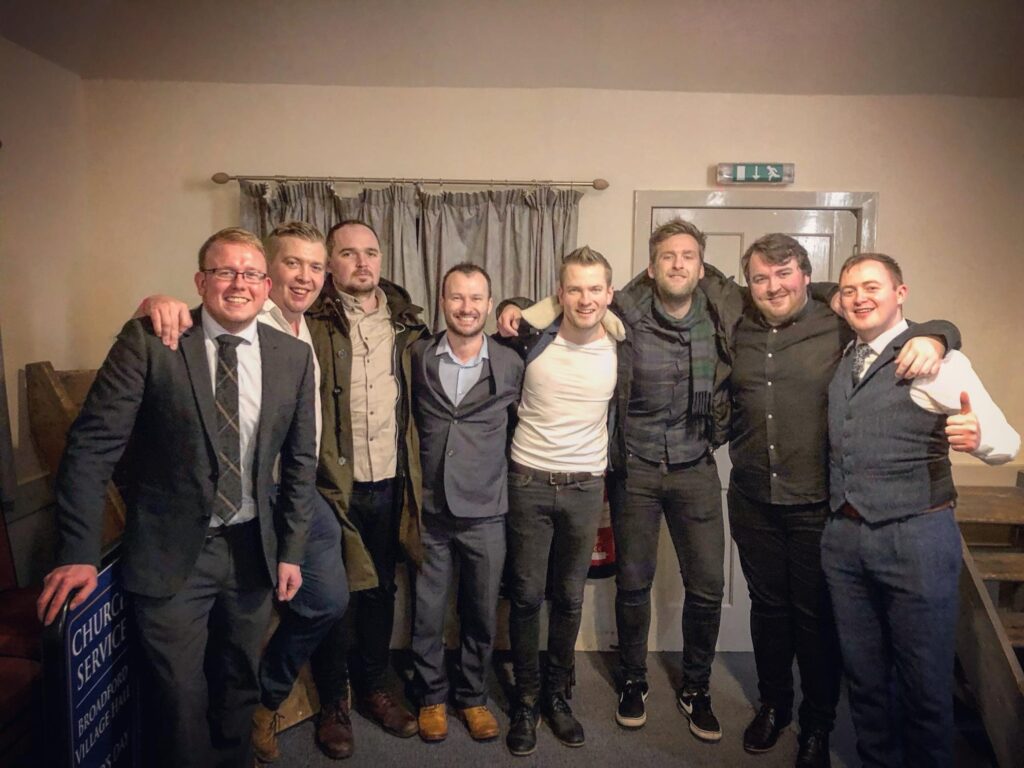 We all heaved a sigh of relief as 2020 finally left the building and we could wind down to spend quality time relaxing and celebrating safely with loved ones within our social bubbles.

Drummer Andy is a core member of Trail West, whose six talented musicians have forged a solid reputation within Glasgow’s Gaelic community over the past 10 years. The band is known for their close ties to the Hebridean isles of Tiree and South Uist.

Trail West’s fourth album, ‘Countless Isles and Endless Miles’ was released on 11 December, 2020 and the BBC Alba Hogmanay TV show represented the icing on the cake for the band’s 10th anniversary celebrations.